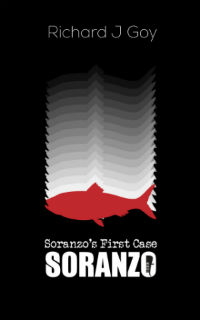 The body of a market trader, who ran a fish-stall in the famous and ancient Rialto Market, in the heart of Venice, is found brutally murdered in his apartment. Is the murder the start of a local vendetta? Or does it mark the creeping power and influence of the Mafia in the lagoons?

A brand new detective novel, set in and around that most fascinating and enigmatic of cities, Venice.

At the Questura, Soranzo has just been promoted, and this is his first case as a fully-fledged commissario. When his job permits it, Soranzo enjoys the finest traditional Venetian cuisine; however, his daily diet consists of stress, (very) bad language, endless battles with bureaucracy, frequent macchiati and equally frequent (but, of course, purely medicinal) glasses of spriss.

This first Soranzo murder mystery introduces us to a gallery of new characters: Soranzo’s deputy, the urbane, gentlemanly Nardini; Mistretta, Soranzo’s young assistant, newly arrived from Sicily; Quintavalle, the witty, elegant and always immaculately dressed forensic scientist; and GianGiacomo Contarini, the questore himself, Soranzo’s boss, whose talons are every bit as sharp as his mind, and who has formidable connections in some very high places.

Richard is a registered architect, generally resident in London, and has a research doctorate from UCL. Until recently, he was a project director at PM Devereux, where he worked for many years on strategic master plans and development strategies for large acute hospitals. He remains a consultant to the practice. He has also managed to contrive a parallel career as an architectural historian, and, also over many years (feels like centuries), has become something of an authority on the urban and architectural history of Venice.

He has written several books on Venetian history and architecture, and, more recently, on the architecture of Florence as well.

He is now turning his attentions to an architectural guide to Sicily, and has begun a major re-evaluation of the design development of the late gothic palaces of Venice.

Richard spends as much time as possible every year in Venice, where he and his family have a vast, rambling medieval palazzo… no, not really, it’s a very modest apartment, not a great distance away from Campo Santa Maria Formosa. Venice remains his spiritual home.

It also seems to be customary, in these little ‘potted biographies’, to add useful facts such as: ‘Richard is married, with one daughter’.

The little Soranzo divertimento is his first foray into fiction, so he would be grateful for your indulgence. He is hoping to get better at it, with a bit more practice. 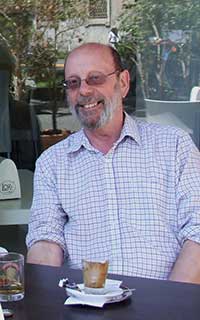